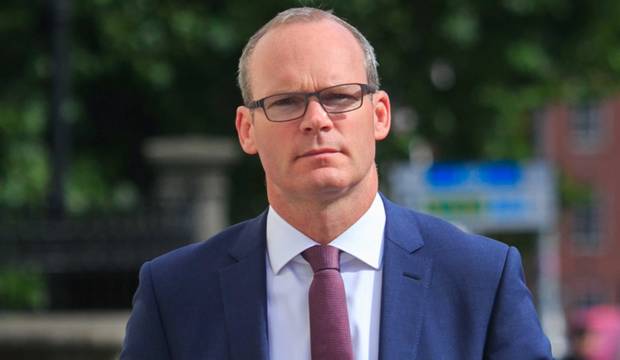 The Tánaiste and Minister for Foreign Affairs and Trade, Mr. Simon Coveney, T.D., has announced that the Passport Service has reached yet another record-breaking year, with over 822,000 Irish passports issued.

These figures are similar to 2017 figures and, during peak periods, more than 6,500 applications were submitted in a single day.

The award-winning Online Passport Renewal Service expanded further to include new categories of applicants.  This expanded online service, launched in November this year, permits the renewal of children’s passports, introduces a Passport Card for children, and expands the cohort of adults eligible to renew online.

This expanded service means that all Irish citizens can now renew their passports online 24/7, from anywhere in the world.  So far, over 1,000 children’s applications have been received online. This service brings significant benefits for citizens, with faster turnaround times of 10 working days for all online applications, excluding postage delivery time.  In addition, the cost of renewing a passport online is cheaper than alternative methods, with adults costing €75, and children €20.

This continued uptake of online applications, which no longer requires a person to have their photos witnessed by a Garda, will have positive implications for the Passport Service and An Garda Síochána, allowing both to reallocate resources to other areas.

“The success of the online passport renewal service was recognised during the year at the CX Impact Awards, where it won the ‘Impact in digital’ award, and was ranked as the top Irish public sector organisation in terms of customer experience for the third year in a row. It is important that the Passport Service continues to use technology in order to gain efficiencies and deliver the best possible service to the citizen.  This expanded service is an example of that, and will permit all citizens, both adults and children, to renew their passports online, 24/7, from anywhere in the world.”

With over 7,000 passports reported lost or stolen in 2018, the Tánaiste reminded all citizens to take care with their documents.

“The Irish passport is a valuable document. My Department continues to strengthen all processes to prevent fraud and maintain its integrity and security. I strongly encourage all citizens to take due care with their passport at home and when travelling. Citizens may also wish to consider applying for the convenient credit-card sized Passport Card.”

The Tánaiste took the opportunity to remind citizens of the need to check the expiry date of their passport, and encouraged them to apply outside the peak season:

“The Department has worked hard in recent years to ensure we provide a modern, secure and efficient passport service. However, it remains very important that prospective travellers check the validity of their passport before booking a trip overseas and apply for their passport in plenty of time.  It’s important to note that many countries require incoming visitors to hold passports which are valid for at least six months.
Citizens who plan to renew their passport in 2018 are strongly encouraged to do so online and in the off-peak period, to ensure the shortest possible renewal time.  Useful information and guidance on the range of channels through which passport applications can be made is available on my Department’s website at https://www.dfa.ie/passport”

Most popular names in 2018, based on passport applications for infants YTD